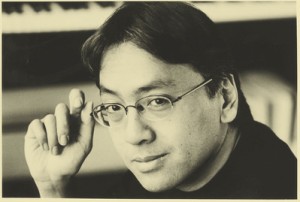 Kazuo Ishiguro applied to the University of East Anglia in 1979, following a long year of social work in London. The MA in Creative Writing began in autumn, leaving the entire summer free for him to panic. He did so briefly, before beginning to write seriously for the first time. Ten years later, he won the Man Booker Prize for his novel The Remains of the Day.

Returning to UEA during the Literary Festival of 1999, in an interview with award winning academic, novelist and biographer, Christopher Bigsby, Ishiguro is asked whether writing can be taught. Put plainly, his answer is no. Ishiguro believes that a writer cannot be crafted: rather, they are sculpted, refined in their involvement with the creative process of writing within an academic environment. Through sharing first drafts, exposing themselves and others to criticism, embarrassment and acclaim, the writer is given the opportunity to realize where they must stand when choosing to write.

However, the initial choice to write remains a personal matter. Any creation which is forced to extend itself beyond the boundaries of personal innovation is of no genuine value; you cannot fake a writer more than you can fake a text.

Ishiguro remarks: ‘You can certainly produce someone who can write more competently. But I would be rather more sceptical about the possibility of their producing anything of artistic worth.’

The process between writing and identifying as a writer is unique to each individual; However, what happens when you embark on a degree which expects you to be a writer before you have begun to write?

With little writing experience, sporadically noting descriptive fragments mirroring the semi-autobiographical style of Kerouac, Ishiguro’s journey to becoming a writer invites us to question whether he adopted the identity of ‘writer’ during the course of his degree in Creative Writing. Ishiguro explains that he discovered the space he required to explore his individual style of writing at the UEA. The learning atmosphere fostered through the flexible teaching methods adopted by his tutors, Malcom Bradbury and Angela Carter, enabled him to create, unaided and uninterrupted.

He describes his year at the UEA to Bigsby: ‘That was when I really started to write. So it was very fundamental. Before I went to East Anglia I had written very little indeed, certainly nothing I would count today as proper writing.’

Ishiguro dates the beginning of his first novel, A Pale View of Hills, in 1979/80, during the year he was studying at the UEA. He notes that most of his time studying Creative Writing was spent writing that novel. Although his first book resembled a form of a semi-autobiographical work, his later novels are informed by the awareness of his ability to create outside the context of his own life.

He explains: ‘Somewhere along the way I discovered that I could write better, more effectively, if I changed the setting and put the whole thing at a greater distance.’

Somewhere along the way, perhaps at UEA, Ishiguro became one of the greatest writers of our time. His journey at the university reminds students of Literature, Drama and Creative Writing that we are not taught how to become writers, but of the ways which enable us to discover our most humane and distinctive narrative voices.

Quotations reproduced with the kind permission of the author. All rights reserved.

To view the Literary Festival interview in full in our Archive Reading Room, contact the British Archive for Contemporary Writing archives@uea.ac.uk

To find out more about our 300+ collection of Literary Festival recordings, visit http://www.uea.ac.uk/bacw/litfest