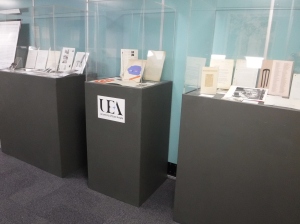 2019 marks the centenary of the founding of the unique and legendary Bauhaus school of art. Beyond the Bauhaus: Walter Gropius in the UK and US is on display in the Archives foyer until 6 September. It draws from the Pritchard Papers, a collection we hold which is rich in the history of modernism, design and architecture. More.

Over 35 prospective students and their families visited to learn more about how the Archives supports learning and provides unique opportunities to develop a range of skills including critical thinking, creative writing and analysis of information; all during the course of working with a wide range of engrossing, stimulating and unique materials.

Postgraduates from the fields of architecture, design, cultural and curatorial studies have once again chosen to visit us as part of their annual intensive and collective research project.

This year they have chosen a 1936 table designed by Marcel Breuer (and currently at the V&A) as the object of their focus. This modernist piece simultaneously serves as a thematic anchor and starting point from which to research provenance, migration, exhibition careers and historiographies in which it has played a part.

The research findings will be presented in an experimental exhibition in the Bauhaus building, and constitute a contribution to the conference “Collecting Bauhaus” taking place in December 2019.

Our Pritchard Papers hold over 600 items relating to the architect Marcel Breuer and his involvement with the Isokon Furniture Company. These items have been digitised on the Marcel Breuer Digital Archive. 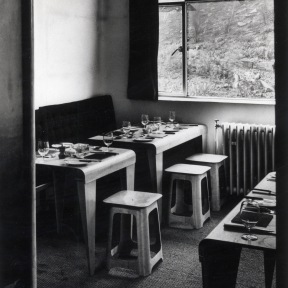 Justine Mann and Paul Cooper, Chase PGR student, gave an introductory talk to Sainsbury Centre staff and volunteer gallery guides in preparation for the launch of the Doris Lessing 100 archive exhibition in September.

One of the optional sessions of this conference included ‘Archival Encounter’. This attracted 16 staff to the Archives for an introduction to our work and the collections as well as that of the East Anglian Film Archive. There were opportunities to search and view film clips, navigate through the ‘Suffragette Stories’ online exhibits, see some noteworthy publications held in Special Collections and follow the creative process in a range of unique archive materials.

This annual visit to the Archives provided students the opportunity to examine the manuscript drafts and writing process of Sara Taylor’s short stories. Nine attendees.

This session was led by Jos Smith, Director of the BACW. The suffragettes archive was used as a focus from which to explore and develop critical thinking and creative writing. This collection is particularly inspirational for conversation and story-telling around forgotten legacies and women’s equality. 17 attendees.

‘Really fascinating to see records of such a relevant and revolutionary time, and to get a glimpse into the lives of women who created so many opportunities for women today.’

‘The idea of historical fiction is one not covered much at A-level.’

‘The session was interesting and surrounded a topic I am passionate about, and drew questions surrounding genre.’

Natsumi IKOMA, Visiting Professor to the School of Literature, Drama and Creative Writing at UEA, discusses the influence of Japan on Angela Carter and the origins of the exhibition she curated for the British Archive for Contemporary Writing.

In 1969, Angela Carter visited Japan for the first time in her life with the money received from the Somerset Maugham Literary Award. She had expected to find the exotic and strange, like many European intelligentsia who visited the land of the Orient before her. But what she came across there was beyond her preconceptions. 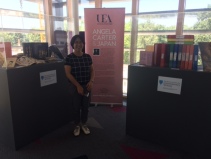 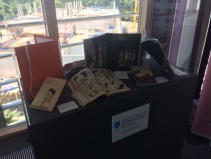 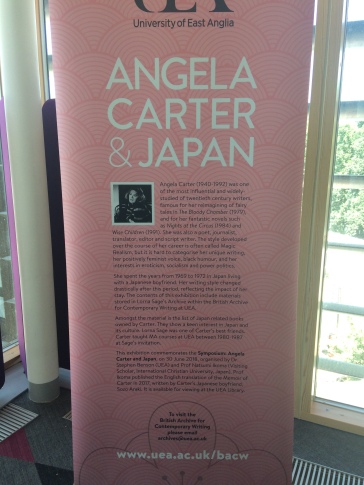 Encounters with Japan, its culture and its people had such a huge impact on Angela Carter that her scholars differentiate the works as Pre-Japan and Post-Japan. She lived with a Japanese boyfriend in Tokyo. Their time together – just a few years – was intensely romantic, but often plagued with harsh power struggles. Twenty odd years after their defeat in World War 2, Japan, and this young man, were suffering from complex issues. They were trying to regain the confidence and authority they believed they once owned. He was sensitive to the objectifying treatment that Japanese people receive from Europeans and Americans. Being in a relationship with a European woman, an established writer, was a difficult one for him. Eventually, the relationship ended unhappily, even though they shared many intellectual interests and sensibilities. But her will to understand him and his country was a strong motivation to overcome the apt othering of the Orient. She acquired sensitivity towards gender, race, and power issues partly from this relationship, which contributed to Carter’s unique writings. Because of this personal experience, Angela Carter is so unique in British literature.

While she was in Japan, she was a diligent student of Japanese culture and society, trying to absorb every tiny detail. She read numerous books, both literary and scholarly, perused journal articles, enjoyed and analysed comic books. She watched many theatre performances, such as Kabuki and Bunraku, and saw many films including blue-films. She was fascinated by the juxtaposition of high and low culture in Japan, and by the proliferation of the sex industry, just a street away from serene residential areas. The mixture of literary flamboyant expression with lewd remarks, one of the trademarks of Angela Carter’s writings, was arguably acquired during her Japanese days. She loved to discuss her findings with her Japanese boyfriend. The complex city, the world’s most populated city then, gave her an opportunity to examine the relations among gender, race, and power not only in Japan but also in the UK, in Europe and in the world, and offered a new insight.

When I came across the list of books owned by Angela Carter in the British Archive for Contemporary Writing at the University of East Anglia [held within the Lorna Sage Archive], I was delighted. I had been studying the influence of Japanese culture on Carter’s writings for years, and was convinced of the extensive research done by Angela Carter regarding Japan. The list confirmed my conviction. During my sabbatical year at UEA I have recovered some of the books from the list, and with the immense and invaluable help provided by Justine Mann, managed to compile exhibition materials to show, at the Symposium: Angela Carter and Japan, that took place at UEA on 30 June, 2018, which was organized by myself and Dr Stephen Benson of LDC. You can see Carter’s extensive study of Japanese society and culture, which she continued even after she returned to UK. You can now see the exhibition materials at 02 floor of UEA Library until early September 2018 and then by appointment only in the Archive Reading Room during October 2018.