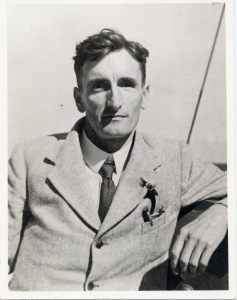 In the light of this unexpected reduction in travel and emissions we’re featuring an amateur meteorologist who took more than a keen interest in measuring the effects of our movement on climate. We imagine that if he were alive now he’d be super excited and taking every opportunity to gather and examine our current data.

Guy Stewart Callendar (1898-1964), a noted steam engineer and amateur meteorologist, revived the 19th century carbon dioxide theory of climate change in 1938 with the publication of his paper ‘The Artificial Production of Carbon Dioxide and its Influence on Temperature’. 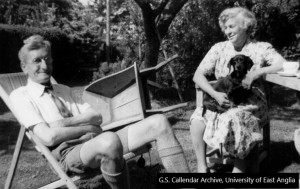 Although an amateur, Callendar was working from his home in West Sussex on a truly gobal scale analysing world data and formulating a coherent theory of infrared absorption by trace gases.

Through World War II he published two papers while working on technical problems (including infrared absorption) with the Ministry of Supply. In 1944 climatologist Gordon Manley noted Callendar’s valuable contributions to the study of climatic change. A decade later, Gilbert Plass and Charles Keeling consulted with Callendar as they began their research programs. Just before the beginning of the International Geophysical Year in 1957, Hans Seuss and Roger Revelle referred to the ‘Callendar effect’, defined as climatic change brought about by anthropogenic increases in the concentration of atmospheric carbon dioxide, primarily through the processes of combustion. In other words, caused by the use of fossil fuels.

The G.S. Callendar Archive contains some 95 notebooks (1936-1964) and documents containing data, charts, notes, readings and formulae concerning temperature and climate as far back as 1751 and in locations across the world; letters, reviews and many candid insights into the state of climate science between 1936 and 1964.

Two of Callendar’s notebooks are on exhibit at the Science Museum (London) as part of the exhibit Atmosphere: Exploring Climate Change.

Arnaud Page, visiting the Archives from Paris-Sorbonne University. Arnaud is researching environmental history, land management and British government policy. In particular he is looking at policies on domestic composting for agricultural purposes in the 1950s.

From the Zuckerman Archive he is consulting the vast collection of papers of the Natural Resources (Technical) Committee (NRTC). The Committee was constituted by the Lord President of the Council in November 1950 “to advise on technical problems of the development, use and conservation of natural resources”. It was chaired by Solly Zuckerman. 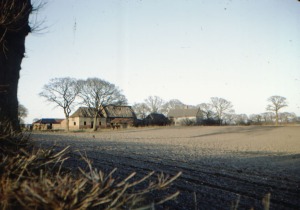 The NRTC papers are listed on the Archives Hub

See also the archive of John Hill, farmer and MP (from 1955-1974) who was active on agricultural select committees in the 1960s.

Postscript: Arnaud Page’s article Fertility from Urban Wastes? The case for composting in Great Britain, 1920s-1960s was published in the journal Environment and History in January 2018.